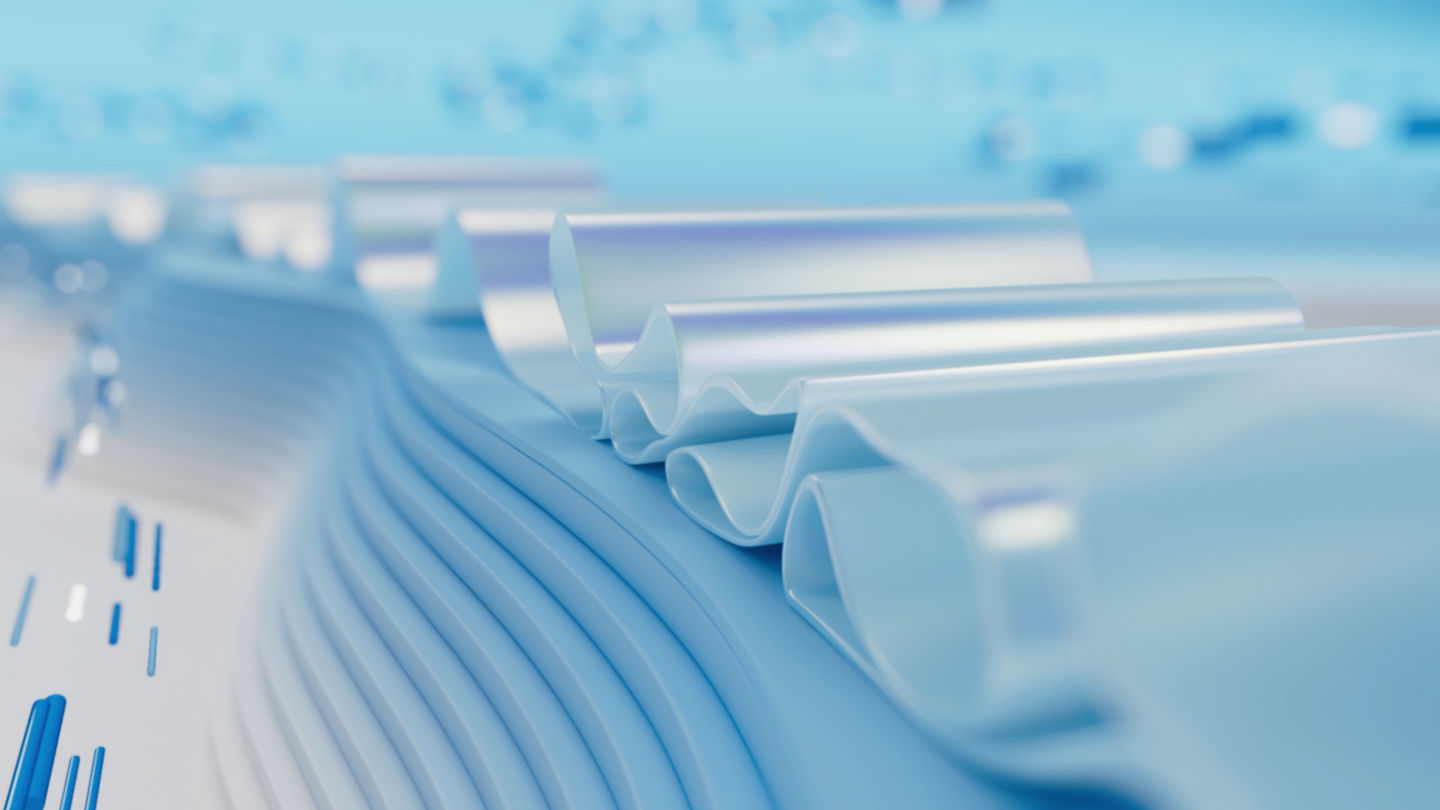 Rendered in sophisticated 3D motion graphics, the film debuted at the 2022 New Product Launch conference (企业微信2022新品发布会) in Guangzhou in January.

“The brief was to showcase the app’s multiple new features and how smoothly they connect and integrate with one another, demonstrating that “Connection Creates Value”, using an abstract storytelling approach. We worked closely with Serial Cut and Wecom to devise the script and art direction from scratch.”

“I think all the scenes have their own unique visual universe, which also matches with the overall look of the entire animation. We always like to take care of the overall look, so the audience can see many different scenes but still feel they are in the same universe.”

Outlining the challenges, he says,

“One of the bigger challenges was the timing, especially because we were working during Christmas, a difficult time in Europe with all the days off.  But the team was very efficient, organised and worked so hard, which really comes through in the quality of the final piece”.

“We’re delighted with the film, which delivers on everything we set out to achieve, and more.  Final Frontier and Serial Cut were creative and collaborative partners all the way.”

“It was fun to develop the creative on this from the very earliest stages.  Working so closely with Serial Cut, we really saw how talented and professional they are.  It enabled us to build a well-oiled, highly creative process, and a very slick final result.”

“We always envisioned the project as sleek, smooth and technologically-driven, but under our own style. It’s a commercial animation with a Serial Cut touch.  We’re really proud of it.”