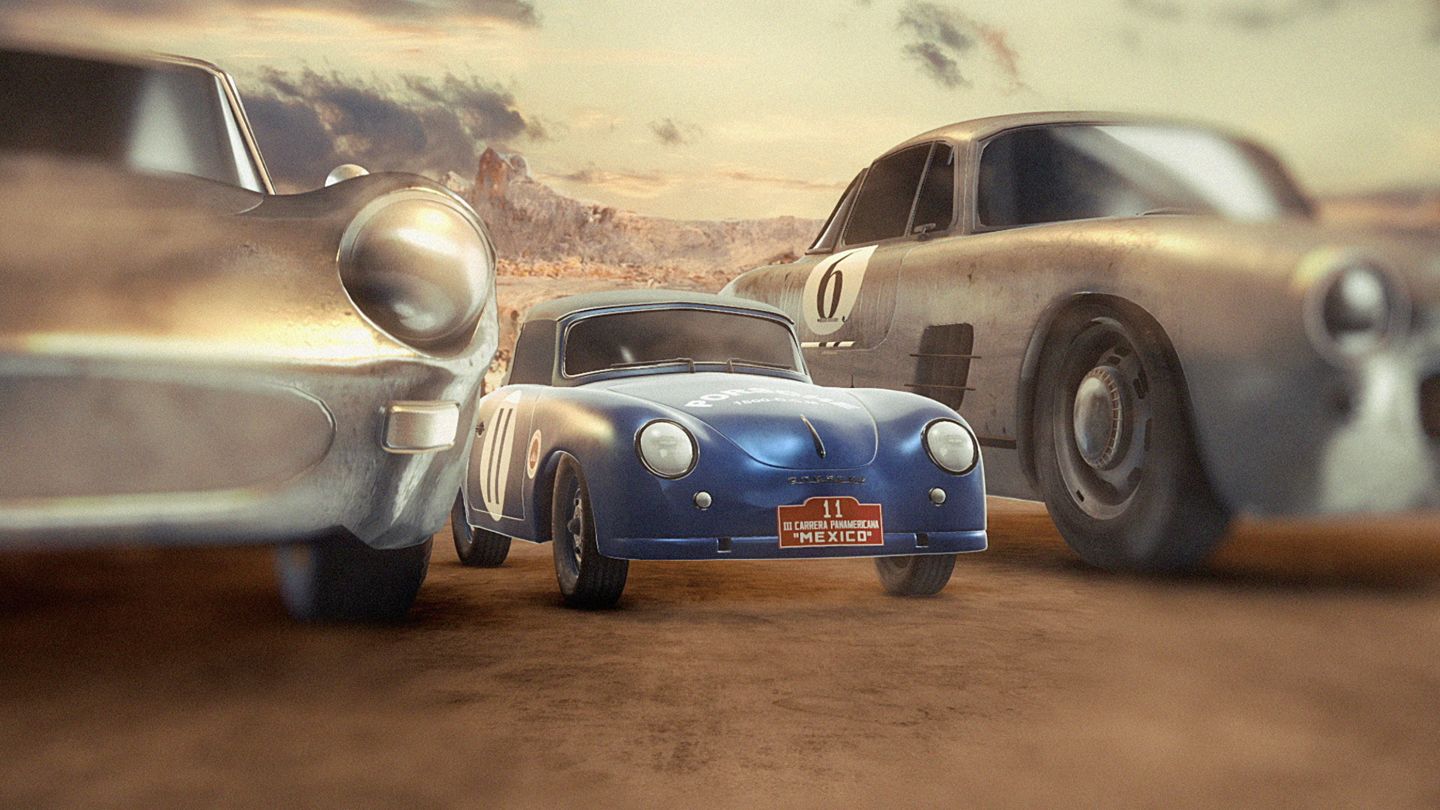 Porsche - One Icon Leads To Another

Celebrating the 70th anniversary since the German car company first participated in the border-to-border motorsport event, the 78-second film titled “One Icon Leads To Another” is based on then race mechanic Herbert Linge’s personal account.

Porsche drafted Final Frontier and award-winning director Ariel Costa (aka BlinkMyBrain) to bring to life the photographs that Linge captured in 1952.

“At the Carrera Panamericana in 1952, Porsche was seen as a toy car by its competitors.  I wanted to tell a story not about winning the race, but the journey and challenges that this small but very powerful underdog had to face. From the get-go, we were looking for a tactile result, we wanted to create something a bit more handmade and imperfect rather than having a polished high-end car look. Since this story is based on the memory of Herbert, I wanted to portray his memories in a surrealistic way. Although we have some realistic elements, the overall visual feels a bit stylized.”

To enable versatility and variation in the animation, the director modeled the vehicle in CG and skillfully embedded it into cutout scenes.

“For Porsche, it was really important that the piece was as dynamic as possible. We had to represent the speed and the power in the storytelling, but it’s a bit difficult to display those ideas using only static photos.  The Porsche 356 is the hero of our story, and we integrated the 3D element to give extra dimensionality since it was the right tool for us to tell this particular story.”

“We have been eager for an opportunity to work with the great minds at The Community, so we were really excited and inspired when they approached us with this fascinating David and Goliath tale. The project really harnessed our team’s creative talents and showcased Ariel’s genius once again. We couldn’t be prouder to craft such a unique film.”