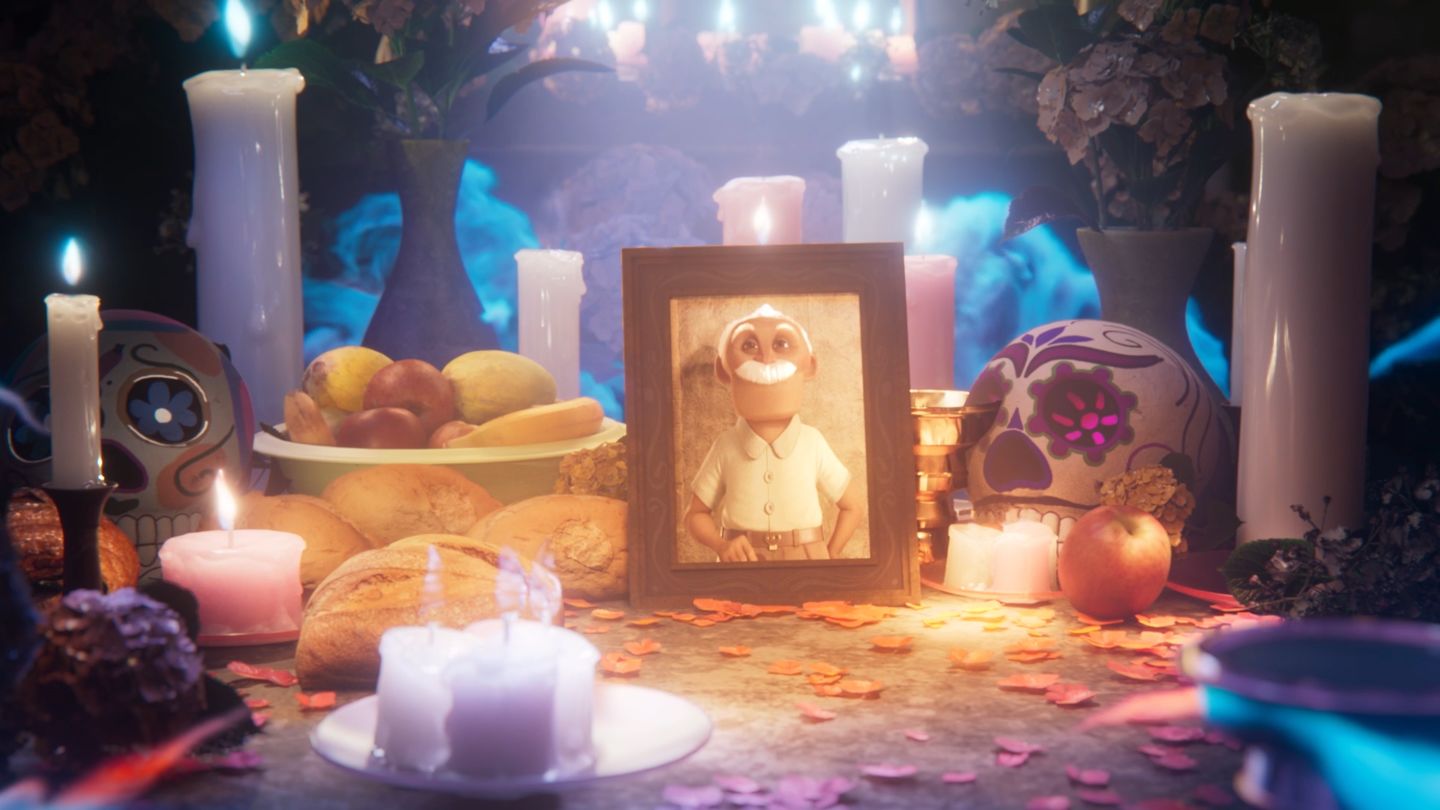 Final Frontier, in collaboration with Landia Mexico, and Zombie Studio combined with agency Slap Global to create a 3D character animation for Doritos for the “Day of the Dead” festivities, in which many Mexicans and Latin Americans honor deceased loved ones.

Released as part of the #PrideAllYear campaign, the humourous tale features a family coming together at the cemetery to bring “ofrendas” to Alberto, a beloved brother and uncle who we soon learn has taken many secrets to the afterlife.  Following a surprising revelation, love wins the day, and the family welcomes Alberto’s new companion, Mario, as one of their own, leaving us with the message that “it’s never too late to be your true self."

Gustavo Karam, Final Frontier executive producer, says,
“I’m particularly drawn to projects with a positive underlying message. So, it’s no surprise that the whole team and I totally embraced this project from the get-go. To execute it so beautifully with our friends is an even bigger pleasure — especially with Zombie having recently joined our Asian roster of directors”.

On the film’s execution challenges, Zombie Studio’s Creative Director, Paulo Garcia, says,
“We had to pay close attention to every line in the script, to be sure that not only was the character acting working perfectly, but the lip-sync as well.”

Garcia adds,
“I’m proud of the movie, not only in terms of craft and because it looks amazing, but also for the message being so clear and heartwarming.”

Final Frontier executive producer Julieta Zajaczkowski says,
“Working with CGI characters is always demanding, but in this particular case, finding a natural and intimate tone for the storytelling was our first objective. We knew we had to be as warm, empathic, and inviting as possible, but avoid it becoming childish. We couldn’t be happier with the resulting film.”

DaHouse Audio was brought in to conjure the sound and music. DaHouse’s founder & music director Lucas Mayer says,
“It's an almost binaural audio experience. You can imagine the film very well if you close your eyes because of the sound design and mixing”,

On the collaboration, he adds,
“For us, it’s always a plus to work with our friends from FF and, in this project especially, with the talented guys at Zombie. Being able to put our hands on such a fun film, with an important message, made the experience all the more special.  The final result speaks for itself”.